The Assassination of Maurice Bishop (Paperback) 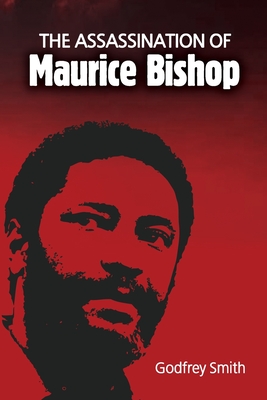 The trial of the 'Grenada 17' for the assassination of Maurice Bishop, the popular leader of the Grenada Revolution, though resulting in a guilty verdict for all of them, left many unanswered questions. Among those questions were: who ordered the killing and where was the body taken? Now, after close to four decades comes an authoritative work that, while not claiming to provide all the answers, sheds new and credible light on the tragedy which unfolded on that fateful day in October 1983 and the chilling sequence of events that precipitated them.

At the heart of Godfrey Smith's revealing book, The Assassination of Maurice Bishop, is the role of Bernard Coard who, over the brief life of the revolution, was transformed from Bishop's friend and comrade into a jealous, power-hungry conspirator who manipulated a cadre of young, impressionable acolytes in the revolutionary army, to orchestrate an impractical proposal for a Bishop-Coard joint leadership which leads to a deadly schism in the party after Bishop ultimately rejects the idea, and a rapid descent into chaos ending in Bishop's assassination.

Smith skilfully contrasts the charisma and populist appeal of the flamboyant Maurice Bishop with the dour, methodical and ideologically rigid Bernard Coard, the two main protagonists in this intense, gripping and high-paced narrative. Other leading actors are vividly portrayed either in their roles as loyalists to Maurice Bishop or as pawns in a Coardite power grab, as he traces the events, personalities and issues in dramatic detail from the first challenge to Bishop's leadership in the Central Committee to the harrowing denouement at Fort Rupert.

The author leaves the best for last in the Afterword. For two and a half months, Smith immersed himself in Grenadian life, taking up residence in the country, beavering his way into the closed ranks of the 'Grenada 17', including all three members of the firing squad as well as its Commander, and winning the confidence of some of them. His travels also took him to Barbados, Cuba - a pivotal player in revolutionary Grenada - and to Jamaica in search of Bernard and Phyllis Coard for their version of the events.

Throughout, Smith's approach is non-intrusive, allowing the characters to speak for themselves and leaving readers to make their own assessments and reach their own conclusions. In this book, he has taken Grenadians a decisive step closer towards closure and final reconciliation.