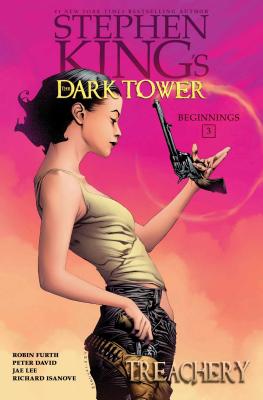 Roland Deschain of Gilead and his ka-tet of Cuthbert Allgood and Alain Johns may have finally returned home, but all is not well in the crown jewel of Mid-World. Roland has voluntarily kept the stolen evil seeing sphere nicknamed “Maerlyn's Grapefruit”—lost in his obsession with peering into its pinkish depths, despite the devastating toll it takes on his health...and what the young gunslinger sees within the glass heralds the darkest of nightmares. Meanwhile, all around him, danger lurks in every form, as the shocking and horrific machinations of Gilead’s sworn enemy, “the Good Man” John Farson, threatens all Roland holds dear and in ways he could never imagine...the cruel hand of fate about to push him inexorably closer along the path to the Dark Tower.