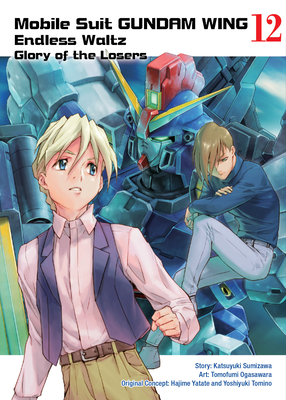 One of the biggest anime/manga properties of all time returns with the release of Mobile Suit Gundam Wing.  "Glory of the Losers" retells the original WING story by incorporating elements of the anime and its recent light novel adaptations.

Queen Relena is dismissed from her role as Romefeller Foundation representative. Treize, now restored to his position as Commander-in-Chief of OZ, declares all-out war on White Fang, which is being led by Milliardo. Among such tumult, in outer space, where White Fang had expanded its influence, remnants of the defeated OZ space force occupy Colony C-00421. Trowa, who happened to be visiting the colony, climbs into the cockpit of the Gundam Heavyarms to rescue Cathrine and the others, but...

Katsuyuki Sumisawa is one of the most prolific and well known anime screenwriters of all time. He has worked on such megahits as: Dragon Ball Z, Sailor Moon, InuYasha, Naruto, GinTama, YuuYuu Hakusho and Mobile Suit Gundam WING. He entered the anime industry as a

Tomofumi Ogasawara is a manga veteran with more than 15 years of experience in the field. These days he is best known as an illustrator providing mechanical designs for a number of novels within the Gundam franchise. However, he started off as a mangaka drawing his own original mecha (fighting robot) comic series in 2001.