The Financial Adviser: How to be a Successful Practitioner (Paperback) 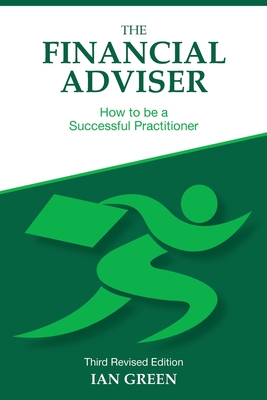 'The Financial Adviser - How to be a Successful Practitioner' is the culmination of four years of financial services theory applied in less than one year with incredible results.

Ian Green doubled his production and still found time to get married, witness the birth of his first son, move house and start his own company.

He began his life insurance career in 1996. After 5 months as a tied adviser he became an IFA. He now runs a successful independent practice in London, England working primarily in the owner/entrepreneur marketplace.

Ian regularly appears as a financial expert on television and radio and writes for the financial press. He is a sought-after speaker at seminars

"Ian Green is one of the UK's most successful financial advisers. In a few short years he has developed a business which allows him to enjoy an enviable lifestyle, time to enjoy his family and the respect of his peers.

It isn't often in a competitive world the truly successful are willing to share their business practices with those looking for success. Ian is the exception. He gives of himself in his many volunteer leadership roles with MDRT and he gives of himself with this book. In fact, it is more than a book, it is the formula for success. Follow Ian's easily transferable ideas and you will be following a pathway to reaching your goals.