The White Supremacy Mith: The lifeline of racism in the 20th-century American dream (Paperback) 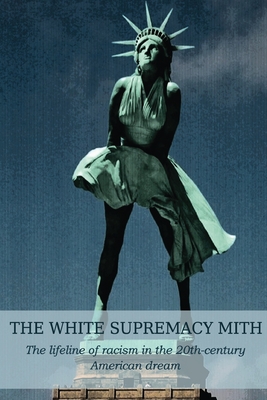 By Elias Jefferson
$19.99
Usually arrives at our store in 2-8 business days.

As the possibilities of the 21st century appear on the horizon, it seems an appropriate time to look back on and critically analyze the past century which also began with reflection and expectations. Although many people in the United States are sure that "as far as race relations go, things have gotten better," a closer look at examples of material and popular culture from either end of the 20th century illustrates that "things have stayed very much the same."

Some people speak about the shift from earlier blatant to overt forms of racism which might seem to imply that things have gotten better. Instead, It exists a subtle, covert, and possibly more insidious brand of racism that surfaced and created] what has been referred to as America's 'second reconstruction.'

The 'new racism' began to emerge in the late 1970s and solidified in the Reagan era. It has taken the form of social and public policies, sanctioned by the courts and America's political elites. The resulting budget cuts in public education, housing, medical care, and other services that assist the poor ensure that black and Hispanic people remain the poorest Americans. Historically, African Americans consistently remained at the bottom of the social hierarchy, as some immigrants managed to rise to higher levels. Now, new immigration laws prevent "third world" minorities, and particularly "Hispanic" people from becoming a part of the "American Dream."

This more subtle and "new racism" is in reaction to and follows the "racial progress" of the heightened civil rights and black power movements during the 1960s and1970s when black Americans organized nationally and took to the streets to protest racism and oppression. African American's demands for political and social change pushed politicians to begin dismantling the obvious signs of racism. Laws that legislated segregation based on race in education, housing, employment, and suffrage were slowly repealed.

At the beginning of this century, the discipline of anthropology, the "science" of eugenics, and the ideas of social Darwinism continued to build on earlier assumptions and capture the imagination of many people. The relationship between these abstract arguments and concrete culture has maintained a perpetual and vicious cycle, even with a few sporadic doses of antidote. It is important to point out that the negative effect of the white supremacy myth impacts African Americans and Africans in very real ways, and that without social action the mere discussion of racism is ineffective.

This book aims to provide history and context to convince readers to take action and become more vigilant in critiquing the barrage of images and words that influence us every day. The first section provides a broad history of the complex development of ideas and belief systems that form the foundation of racist ideology. In the following two sections, I discuss the background of some stereotypes of Africans and African Americans. The stereotypes of African Americans that are used to symbolically reconstruct segregation and maintain popular opinion have their origins in the images and ideas that first deemed Africans inferior. These ideas are disseminated through images and technologies that allow information to double backward and forwards, and even form new versions of itself. As in earlier eras, stereotypes of Africans and African Americans are often not separated, and they actually target all "black people."