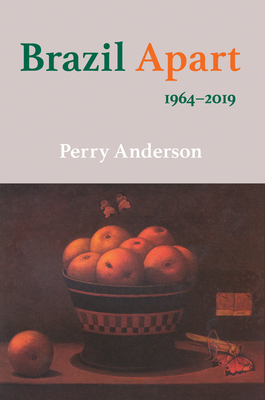 What does Brazil’s lurch to the hard right under Jair Bolsonaro portend for Latin America’s largest country, and how has it come about? Always something of a world unto itself, Brazil became, under the Workers’ Party from 2003 to 2016, “the theatre of a socio-political drama without equivalent in any other major state.” Bucking the global trend towards a tighter neoliberalism, former steelworker Luiz Inácio Lula da Silva swept aside the broken promises of previous years to invest in social transfers, defying vituperations in the Brazilian media to become the most popular ruler of the age. But in a second spectacular reversal, a parliamentary coup d’état against Lula’s successor—backed by forces in the judiciary and a youthful New Right—has been consolidated by Bolsonaro’s 2018 capture of the Planalto. With the PT’s lodestar now behind bars, a weighing up of his legacy, and of the contrasting Bolsonaro regime, is urgently needed. Brazil Apart is the sharp-edged, comprehensive analytic account required.

Perry Anderson is the author of, among other books, Spectrum, Lineages of the Absolutist State, Passages from Antiquity to Feudalism, Considerations on Western Marxism, English Questions, The Origins of Postmodernity, and The New Old World. He teaches history at UCLA and is on the editorial board of New Left Review.

“One of the world’s great historians, unrivalled in his ability to master and synthesize vast historical literatures.”
—Jeet Heer, New Republic

“Masterfully recounts the rise and fall of the Brazilian Left.”
—Nick Burns, The American Interest

“A devastating critique of the rule of the PT.”
—Marcelo Hoffman, Berfrois

“An approachable yet erudite reconsideration of Brazilian politics between 1994 and Bolsonaro’s first year in office … The prose is light, delightfully romping through the twists and turns of Brazilian political life and skewering everyone along the way.”
—Matthew M. Taylor, Latin American Research Review