Kilmichael: The Life and Afterlife of an Ambush (Paperback) 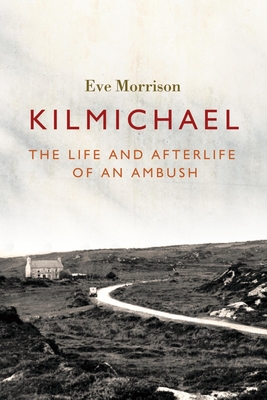 The Kilmichael Ambush of 28 November 1920 was and remains one of the most famous, successful—and uniquely controversial—IRA attacks of the Irish War of Independence. This book is the first comprehensive account of both the ambush and the intense debates that followed. It explores the events, memory, and historiography of the ambush, from 1920 to the present day, within a wider framework of interwar European events, global ‘memory wars,’ and current scholarship relating to Irish, British, oral, and military history.

Kilmichael: The Life and Afterlife of an Ambush features extensive archival research, including the late Peter Hart’s papers, as well as many other new sources from British and Irish archives, and previously unavailable oral history interviews with Kilmichael veterans.

There has always been more than one version of Kilmichael. Tom Barry’s account certainly became the dominant one after the publication of Guerilla Days in Ireland in 1949, but it was always shadowed and contested by others, and in this book, Eve Morrison meticulously reconstructs both ‘British’ and ‘Irish’ perspectives on this momentous and much-debated attack.

Eve Morrison is currently the Canon Murray Fellow in Irish History at St Catherine’s College, University of Oxford and a visiting Research Fellow in the Centre of Contemporary Irish History, Trinity College Dublin. She is an historian of twentieth-century Irish and British history specialising in the Irish revolution (1913-1923).