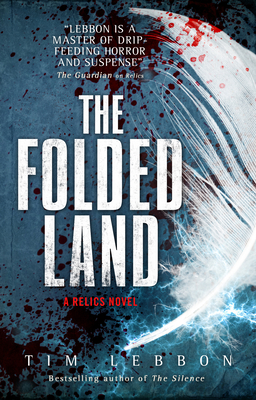 In the dark underbelly of our world, there's a black market in arcane things--living and dead. Angela Gough has been pulled into this world, making her a criminal on the run.

In London she encountered the Kin--satyrs and centaurs, Nephilim and wraiths, they are hunted and slaughtered for their body parts. Fleeing back to the United States, Angela discovers that the Kin are everywhere, and they are tired of being prey.

When her niece Sammi is struck by lightning, she is drawn toward the mysterious Folded Land, and its powerful and deadly ruler. Helped by her lover Vince, caught in the midst of a Kin uprising, Angela must locate Sammi before the girl is lost forever.

Tim Lebbon is the New York Times bestselling author of the movie novelizations of 30 Days of Night and The Cabin in the Woods. He has also written many critically acclaimed horror and dark fantasy novels. Tim has won three British Fantasy Awards, a Bram Stoker Award, a Shocker, a Tombstone and been a finalist for the International Horror Guild and World Fantasy Awards.

“the series trends away from horror and further into dark fantasy territory with this volume, and we are here for it” - Barnes & Noble SFF Blog

“The action is intense, with the high stakes necessary to really amp up the drama... I can't help but wonder about what will happen to the characters in the long run and I really want to know what happens next” - Girl Who Reads

“The Barkeresque and Gaimanesque elements blend in an intriguing way during the story and make for an interesting read... Highly recommended!” Rising Shadow


"Tim Lebbon knows how to spin a tale that envelops the reader in a world they know, and then twists that reality into a unique playground for his characters to battle monsters and create stories which always sidestep cliché....Lebbon has shown that he cannot write a story that bores readers, regardless of the genre. With this series, he mixes in the best of the genres he loves—horror, fantasy, and thriller/adventure—resulting in another winner. His writing keeps the story moving while his building of the world of the Kin is folded into the plot seamlessly." --Cemetery Dance