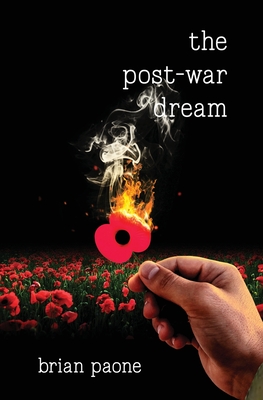 War broke his spirit. Can a young marine find healing in a world he'll never see the same way again?

The South Atlantic Ocean, 1982. Royal Marine Fletcher Layne never expected to see combat when he enlisted, despite his father's vehement protests. Yet when he is deployed to the tiny Falklands Islands, he figures Argentina wouldn't dare challenge the islands' mighty British sovereignty. But all hell breaks loose over the territorial dispute, and he's devastated when a bullet misses him and kills a young comrade.

Returning home with a heavy heart plagued by guilt, Fletcher resents any celebration of his heroism and his parent's disapproval. And as the traumatized survivor wrestles with two imagined voices of nagging conscience, he fears not even the gentle touch of a kind nurse will get him through to a peaceful tomorrow.

Can he gain ground over his anguish before the darkness drags him down forever?

The Post-War Dream is a gut-wrenching tale of historical wartime fiction, of one man's quest to reclaim his life before the ghosts of the past win. If you like insights into mental illness, vivid depictions of a bygone era, and a dash of romance, then you'll love Brian Paone's poignant story.