A Story of Vision and Values: Memoirs of DePauw University's 18th President (Hardcover) 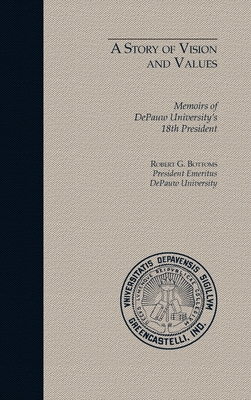 By Robert Bottoms
Not currently available
Usually arrives at our store in 2-8 business days.

Dr. Robert Bottoms has "lived his values" in a way that few people have the opportunity to do. Bringing a liberal and more inclusive perspective to his tenure as DePauw University's 18th president, Bottoms faced many hurdles in his productive time in office. Dr. Bottoms grew up in tiny Sandusky, Alabama, attended college and seminary and trained as a United Methodist minister. He believed he would enter the traditional ministry, which he did for a time, until he saw religious hypocrisy up close. He then switched to a career in education because he believed he could accomplish more there. Bottoms provided hope and opportunity to traditionally-oppressed minority students, supported homosexual students against the attacks from the Religious Right and defended young women expelled from their sorority because of their appearance. Making Greencastle, Indiana a place where world leaders and prominent writers and lecturers speak was challenging, but Bottoms proves that with determination, some financial resources and unshakable faith, anything is possible.