Sprinting Through No Man's Land: Endurance, Tragedy, and Rebirth in the 1919 Tour de France (Compact Disc) 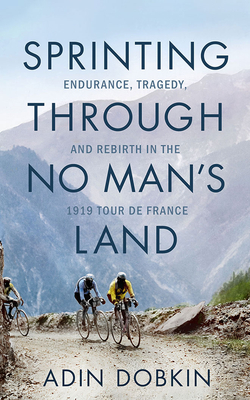 By Adin Dobkin, Rob Shapiro (Read by)
$34.99
Not currently available - email or call for details

The inspiring, heart-pumping true story of soldiers turned cyclists and the historic 1919 Tour de France that helped to restore a war-torn country and its people.

On June 29, 1919, one day after the Treaty of Versailles brought about the end of World War I, nearly seventy cyclists embarked on the thirteenth Tour de France. From Paris, the war-weary men rode down the western coast on a race that would trace the country's border, through seaside towns and mountains to the ghostly western front. Traversing a cratered postwar landscape, the cyclists faced near-impossible odds and the psychological scars of war. Most of the athletes had arrived straight from the front, where so many fellow countrymen had suffered or died. The cyclists' perseverance and tolerance for pain would be tested in a grueling, monthlong competition.

An inspiring true story of human endurance, Sprinting Through No Man's Land explores how the cyclists united a country that had been torn apart by unprecedented desolation and tragedy. It shows how devastated countrymen and women can come together to celebrate the adventure of a lifetime and discover renewed fortitude, purpose, and national identity in the streets of their towns.