Universal Medical Care from Conception to End of Life: The Case for A Single-Payer System (Paperback) 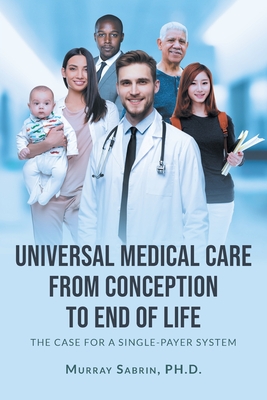 Why has medical care become so complicated--and expensive? Not very long ago, an individual would visit a doctor to be treated for an illness that could not be "cured" by one of Grandma's "recipes." Whether it was a sore throat, earache, or digestive pain, Grandma usually had some homespun "medicine" to deal with a common health issue. And if Grandma's "medicine chest" was not able to deal with a family member's illness, a neighborhood doctor was usually available to treat working families at his office, or he would make a house call for a reasonable fee.

Fast-forward to today. Is the current system of providing medical care, namely, through employer-based insurance, Medicare, Medicaid, and Obamacare, the optimal methods to provide high-quality, low-cost care to all Americans?

The answer is a resounding no.

Universal Medical Care from Conception to End of Life: The Case for a Single-Payer System explains why the current system of employer-based insurance and government programs such as Medicare, Medicaid, and Obamacare are financially untenable and yields less than optimal outcomes for patients. Yet there are calls for more top-down approaches to medical care, most notably by Senator Bernie Sanders, who has campaigned for the presidency on a Medicare for All program, essentially putting all Americans under one medical umbrella, where the government would set all the parameters for medical care.

Under the individual single-payer system outlined in Sabrin's manifesto, every American adult would be in charge of his or her medical coverage. There would be no more conflicts regarding insurance companies or the government paying for abortion, contraception, and other controversial medical procedures and medications. In a free market, every adult--the single payer--would pay for what he/she needs to achieve optimal health.