A Revolutionary for Our Time: The Walter Rodney Story (Paperback) 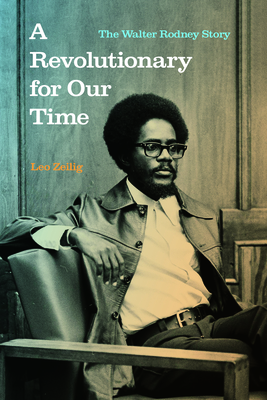 Walter Rodney was a scholar, working class militant, and revolutionary from Guyana. Strongly influenced by Marxist ideas, he remains central to radical Pan-Africanist thought for large numbers of activists' today. Rodney lived through the failed -though immensely hopeful -socialist experiments in the 1960s and 1970s, in Tanzania and elsewhere.

The book critically considers Rodney's contribution to Marxist theory and history, his relationship to dependency theory and the contemporary significance of his work in the context of movements and politics today. The first full-length study of Rodney's life, this book is an essential introduction to Rodney's work.

Leo Zeilig is a writer and researcher. He has written extensively on African politics and history, including books on working-class struggle and the development of revolutionary movements and biographies on some of Africa's most important political thinkers and activists. Leo is an editor of the Review of African Political Economy--the radical African-studies journal founded by activists and scholars in 1974--and a research associate at the Society, Work and Development Institute (SWOP) at the University of the Witwatersrand in Johannesburg, South Africa.