A Refuge of Lies: Reflections on Faith and Fiction (Studies in Violence, Mimesis & Culture) (Paperback) 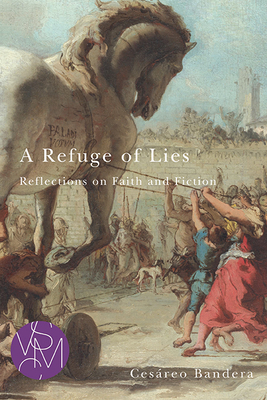 By Cesáreo Bandera
$21.95
Email or call for availability

Erich Auerbach’s seminal Mimesis: The Representation of Reality in Western Literature was published more than sixty years ago and is deservedly considered a classic. The book brought into focus the fundamental difference that exists between the two basic approaches to the textual representation of reality in Western culture. These two “styles,” as Auerbach called them, were archetypically displayed in Homer’s poems and in the Old Testament, respectively. Auerbach’s differentiation is the starting point for Bandera’s insightful work, which expands and develops on this theory in several key ways. One of the more significant differences between the two styles transcends and grounds all the others. It concerns the truth of each of the two archetypal texts, or rather, the attitude exhibited in those texts with regard to the truth of what they narrate. Auerbach, Bandera notes, is amazed at the Bible’s “passionate” concern for the truth of what it says—a concern he found absent in Homer. Bandera finds that what the prophet Isaiah called “a refuge of lies” defines Homer’s work. He draws on his own research and René Girard’s theory of the sacred to develop an enhanced perspective of the relationship between these texts.

Cesáreo Bandera is Professor Emeritus of the University of North Carolina at Chapel Hill, former Director of the Program in Comparative Literature at SUNY at Buffalo, and former President of the Colloquium on Violence and Religion.

“This inspiring book is sure to be a joy for those more familiar with Girard’s work and a revelation to those discovering for the first time. Bandera spices his sweeping overview of the Western literary canon with brilliant insights into the Bible as well as the works of Homer, Virgil, Cervantes, Nietzsche, and others. A tour de force.”