A Shadow on the Wall: A Novel (Paperback) 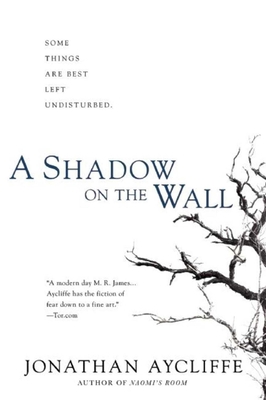 In the countryside of Victorian England, Edward Atherton, rector of Thornham St. Stephen, has taken on the arduous task of restoring the ancient church. But he should never have meddled with the tomb that lay beneath the church’s crumbling walls. The moment the workman raised the tomb’s lid, an unspeakable horror escaped. At a loss to explain the unsettling noises and frightening visions that begin to plague the church, Atherton calls upon fellow antiquarian and Cambridge professor Richard Asquith to help investigate the strange events that began in the wake of the tomb’s disturbance.

The two discover tantalizing hints of who and what may have been laid to rest in the tomb, but the unforeseen circumstances force Asquith to give up his inquiries and leave the small village of Thornham behind. Asquith tries to put the frightening experiences behind him and focus on his new wife and family. But death and disappearances abound, and Richard Asquith soon has no choice but to confront the darkness that has followed him from that ancient church into his own home.

English novelist Jonathan Aycliffe has mastered the classic English ghost story, and A Shadow on the Wall, nominated in 2000 for the International Horror Guild Award, is sure to both mesmerize and haunt you.

Skyhorse Publishing, under our Night Shade and Talos imprints, is proud to publish a broad range of titles for readers interested in science fiction (space opera, time travel, hard SF, alien invasion, near-future dystopia), fantasy (grimdark, sword and sorcery, contemporary urban fantasy, steampunk, alternative history), and horror (zombies, vampires, and the occult and supernatural), and much more. While not every title we publish becomes a New York Times bestseller, a national bestseller, or a Hugo or Nebula award-winner, we are committed to publishing quality books from a diverse group of authors.

Jonathan Aycliffe was born in Belfast in 1949. The author of many critically acclaimed ghost stories including Naomi’s Room, The Lost, and A Shadow on the Wall, he lives in the north of England.

“Aycliffe has the fiction of fear down to a fine art”
—Tor.com

“Aycliffe has the fiction of fear down to a fine art”
—Tor.com