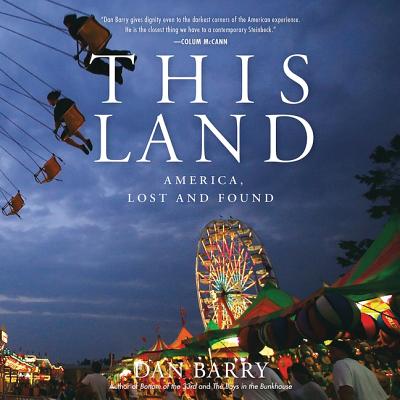 A landmark collection by New York Times journalist Dan Barry, selected from a decade of his distinctive This Land columns and presenting a powerful but rarely seen portrait of America.

In the wake of Hurricane Katrina and on the eve of a national recession, New York Times writer Dan Barry launched a column about America: not the one populated only by cable-news pundits, but the America defined and redefined by those who clean the hotel rooms, tend the beet fields, endure disasters both natural and manmade. As the name of the president changed from Bush to Obama to Trump, Barry was crisscrossing the country, filing deeply moving stories from the tiniest dot on the American map to the city that calls itself the Capital of the World.

These narrative and visual snapshots of American life create a majestic tapestry of our shared experience, capturing how our nation is at once flawed and exceptional, paralyzed and ascendant, as cruel and violent as it can be gentle and benevolent.