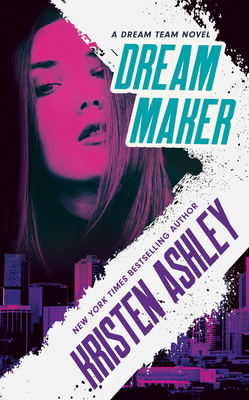 This is book number 1 in the Dream Team series.

Two broken hearts find love and healing in each other in this sexy contemporary romance spin-off from the New York Times bestselling author of the Rock Chick and Dream Man series.
Evan "Evie" Gardiner has spent her whole life being the responsible one in her family, but enough is enough. It's time to pursue her own dreams. Evie's finally going to finish that engineering degree she's been working toward. But first she needs to come up with the money to pay for tuition. Working as a dancer at Smithie's club seems like the perfect solution to her problems . . . until her family lands in yet another scrape and comes to Evie for help. Only, this time, her family's recklessness is risking more than her dreams-it's endangering her life.
Daniel "Mag" Magnusson knows a thing or two about desperation and disappointment, but no one notices that his good looks and quick wit hide the painful memories that haunt him. When Evie's family puts her in danger, Mag insists on offering Evie his protection. He has the skills to guard Evie's life, but as they grow closer, Mag realizes he'll need to come face-to-face with his demons to prove himself as the man who will protect her heart.

Kristen Ashley is the award-winning and New York Times bestselling author of over sixty romance novels. Her books have been translated in fifteen languages, with nearly three million copies sold.
Born in Gary and raised in Brownsburg, Indiana, Kristen was a fourth generation graduate of Purdue University. Since, she has lived in Denver, the West Country of England, and she now resides in Phoenix. She worked as a charity executive for eighteen years prior to beginning her writing career.

"The excellent first romance in Ashley's Dream Team series . . . Those who like a dash of sweetness in their suspense will be delighted."—Publishers Weekly

"Kristen Ashley books should come with a warning that says, 'You may become addicted to KA books.'"—Night Owl Reviews