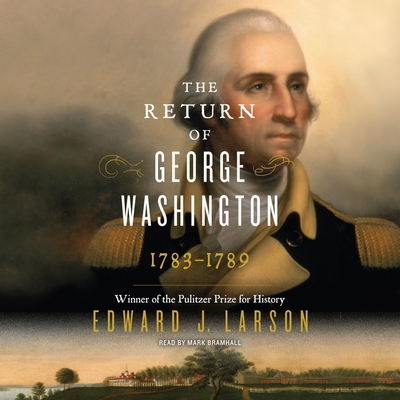 By Edward Larson, Mark Bramhall (Read by)
$65.99
Not currently available - email or call for details

An elegantly written account of leadership at the most pivotal moment in American history (Philadelphia Inquirer): Pulitzer Prize-winning historian Edward J. Larson reveals how George Washington saved the United States by coming out of retirement to lead the Constitutional Convention and serve as our first president.

Although Washington is often overlooked in most accounts of the period, this masterful new history from Pulitzer Prize-winner Edward J. Larson brilliantly uncovers Washington's vital role in shaping the Convention--and shows how it was only with Washington's support and his willingness to serve as President that the states were brought together and ratified the Constitution, thereby saving the country.