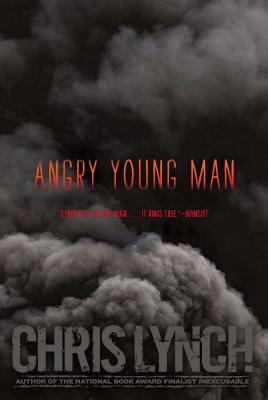 Delve into the mind of a teen whose journey of self-discovery leads to the unthinkable in this tense and terse novel from award-wining author Chris Lynch.

Alexander, who wants to be called Xan, is a misfit. He has never fit in—not in academics, sports, or social life. He’s an awkward loner who hasn’t been able to find his place in the world.
Robert is Xan’s half-brother, and unlike Xan, Robert seems to have his life together. At eighteen, he’s enrolled in community college with a decent job and a great girlfriend. Robert often teases his brother, but he’s also his biggest supporter. No matter what, he’s got Xan’s back.
When Robert starts to suspect that Xan is traveling down a dangerous path, he may be the only one who can save Xan from self-destructing—before it’s too late. But can Robert save himself?
This edgy exploration of what goes on in the mind of someone pushed to the brink examines the seeds of extremism that exist in everyone—and is sure to captivate readers of all kinds.

Chris Lynch is the Printz Honor Award–winning author of several highly acclaimed young adult novels, including Printz Honor Book Freewill, Iceman, Gypsy Davy, and Shadow Boxer—all ALA Best Books for Young Adults—as well as Killing Time in Crystal City, Little Blue Lies, Pieces, Kill Switch, Angry Young Man, and Inexcusable, which was a National Book Award finalist and the recipient of six starred reviews. He holds an MA from the writing program at Emerson College. He teaches in the Creative Writing MFA program at Lesley University. He lives in Boston and in Scotland.

"Lynch cuts to the quick during this short novel...It rings true."--Booklist


* "For those who wonder about the roots of homegrown terror and extremism, National Book Award Finalist Lynch pushes the spotlight from the individual to society in a story that can be brutal and ugly, yet isn't devoid of hope."--Publishers Weekly, starred review


* "The story is well paced and provides an eerie look into the small town of repressed aggression in which the boys grew up...A quick read, but one that will stay with readers long after it’s over.–School Library Journal, starred review

"Lynch creates in Xan and Robert a set of truly complex characters; there are no angels or devils here, just a pair of young men on the brink of adulthood who can’t quite grasp the autonomy each craves and needs. Lynch continues to be an edgy yet compassionate spokesman for working-class kids, respecting the dignity of modest aspirations even while critiquing the ethical shortcomings of his characters."--The Bulletin of the Center for Children's Books