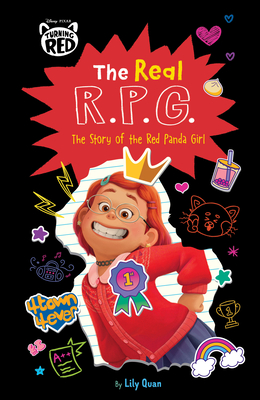 Meilin Lee started out like any other thirteen-year-old: hanging out with her friends, dealing with middle school, and helping her family. You know, normal stuff. Then one day . . . POOF! Suddenly, she was a GIANT. RED. PANDA. She thought her life was over, but it turned out only to be the beginning.

People may think they know the real Meilin, but don't be fooled by the fluffy exterior. This Red Panda Girl has A LOT to say!

Check out these other best-selling favorites:

Lily Quan is an award-winning writer of middle grade and young adult novels. Her work has appeared nationally on CBC Radio and The Globe and Mail. A fan of all things literary, Lily established and directed the Northern Lights Writers' Conference and the Yukon Nonfiction Festival while living in Whitehorse, Yukon. She currently makes her home on beautiful Vancouver Island.