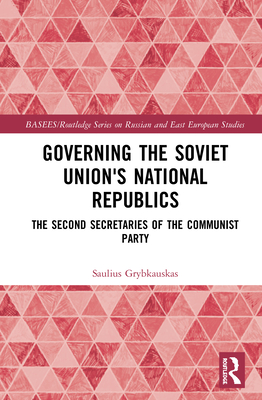 By Saulius Grybkauskas
Not currently available

Second Secretary of the Central Committee of a Soviet republic does not sound a very important position, but as this book shows it was an extremely important role, one that helped hold the Soviet Union together and helped to keep it going for so long. The key was that Second Secretaries were both members of a Soviet republic's ruling body and at the same time members of the All-Union ruling elite - they were often characterised as Moscow's governor generals. This book examines how the position of Second Secretary was established by Khrushchev in the 1950s, explores how it took on increasingly important political functions representing Moscow's interests in the republics and the republics' interests in Moscow, and discusses how the conflicts, inherent in the role, developed. The book also provides biographical details of the people who held the position and argues that the role was extremely effective in managing what could otherwise have been very difficult relationships between centre and periphery.

Saulius Grybkauskas is a Senior Research Fellow and Deputy Director for Research at the Lithuanian Institute of History, Vilnius, Lithuania