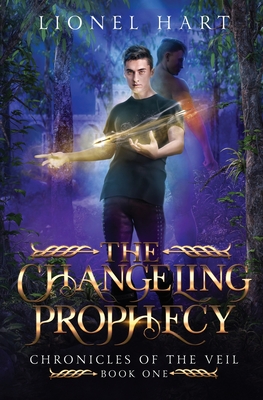 By Lionel Hart
$14.99
Not currently available - email or call for details

Would you leave your life behind to save a world you never knew?

Florian has always felt like an outsider. He never thought it was because he was from another world.

He knew being gay and trans made him different, but then his estranged father shows up with claims of royalty, prophecy, and a dying kingdom. His curiosity piqued, Florian joins him to visit the magical world he's supposedly from, and not just to spend time with the handsome wolf shifter body guard, Kade, that his dad brought along.

The pull of the Veil and the prophecy about him prove to be a siren song Florian can't resist, throwing him headlong into mystery and danger in equal measure.

With all the one-on-one time they suddenly have, Florian discovers a kind heart behind Kade's silent facade. But can he afford to fall in love when he's supposed to be saving the world?

THE CHANGELING PROPHECY, book one of the Chronicles of the Veil, is a slow burn MM paranormal romance.