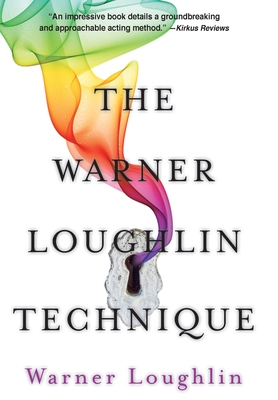 For the first time in print, comes the revolutionary acting technique from the premiere acting coach of our era. Not a copy of the old masters, The Warner Loughlin Technique empowers the actor to create rich, nuanced and unique characters. Discover the technique used to help create some of the most remarkable performances of our time from actors such as Amy Adams, Ryan Reynolds, Kyra Sedgwick and countless other Oscar, Emmy, Golden Globe, Tony and Grammy nominees and winners. Loughlin debunks the myth of the tortured actor and guides you step by step through her groundbreaking technique revealing powerful ways to unlock your creativity in a psychologically safe way. Her insight into life and art is remarkable. The Warner Loughlin Technique changes the way acting will be taught for generations to come. Find out more at warnerloughlin.com.

"I was able to find my voice, and to find tears and to find levels, because I was able to have a safe place to go, that I could come back from. With your technique, in character prep, when I visit a character's life, her past and create an event good or tragic - that belongs to her. I don't take ownership of that pain with me. I don't take it on as my own...So this allows me not to be scared to go there, which allows me freedom as an actress to do anything, because I don't own it. It belongs to my character."-Amy Adams

"Working with Warner was a revelation. I doubted that I could ever work without "observing" and judging every moment. I will be forever grateful to Warner] for helping me get back to the joy of living in the spontaneous truth of every scene."-Kyra Sedgwick

"I've been working with Warner Loughlin for years. Not only has she helped me become a better actor, but she's also helped me truly enjoy this work in ways I never imagined."-Ryan Reynolds

"Before I started working with Warner on the technique, I felt like acting was just something that I could some days do, and some days not do. It was only through doing deep emotion with detail on each of the characters I got, that I could act everyday how I wanted to, because I ended up knowing the character inside and out. The thoughts are no longer my own, but the characters', so I don't have to work as hard during the scenes. Now being on set and being the character is fun and never feels pushed. I love the technique and it has helped me immensely."-Sosie Bacon

"I met Warner over 10 years ago. She has coached me through comedy, drama, and even life She has not only given me tools to be better at my job, but tools to be 100% confident through the process."-Emma Roberts

"Warner's Technique has become part of my creative process... It's simply the most intuitive way for me to find a character's base human emotion. Warner worked with us on Disney's Frozen for many months and helped us create truthful characters... I've never felt so comfortable animating a character before and I think the sophistication in the performance in the film speaks for itself."-Lino DiSalvo, Head of Animation for Disney's Frozen