Slavery Behind the Wall: An Archaeology of a Cuban Coffee Plantation (Cultural Heritage Studies) (Paperback) 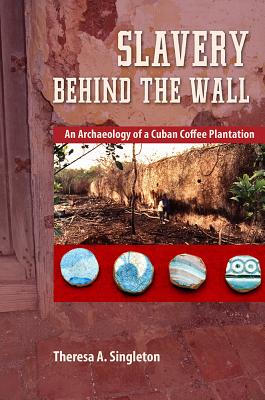 By Theresa a. Singleton
Not currently available

"A significant contribution in Caribbean archaeology. Singleton weaves archaeological and documentary evidence into a compelling narrative of the lives of the enslaved at Santa Ana de Biajacas."--Patricia Samford, author of Subfloor Pits and the Archaeology of Slavery in Colonial Virginia "Presents results of the first historical archaeology in Cuba by an American archaeologist since the 1950s revolution. Singleton's extensive historical research provides rich context for this and future archaeological investigations, and the entire body of her pioneering research provides comparative material for other studies of African American life and institutional slavery in the Caribbean and the Americas."--Leland Ferguson, author of God's Fields: Landscape, Religion, and Race in Moravian Wachovia "Singleton's enlightening findings on plantation slavery life will undoubtedly constitute a reference point for future studies on Afro-Cuban archaeology."--Manuel Barcia, author of The Great African Slave Revolt of 1825: Cuba and the Fight for Freedom in Matanzas

Cuba had the largest slave society of the Spanish colonial empire. At Santa Ana de Biajacas the plantation owner sequestered slaves behind a massive masonry wall. In the first archaeological investigation of a Cuban plantation by an English speaker, Theresa Singleton explores how elite Cuban planters used the built environment to impose a hierarchical social order upon slave laborers. Behind the wall, slaves reclaimed the space as their own, forming communities, building their own houses, celebrating, gambling, and even harboring slave runaways. What emerged there is not just an identity distinct from other North American and Caribbean plantations, but a unique slave culture that thrived despite a spartan lifestyle.

Singleton's study provides insight into the larger historical context of the African diaspora, global patterns of enslavement, and the development of Cuba as an integral member of the larger Atlantic World.

Theresa A. Singleton is associate professor of anthropology at Syracuse University. She has served as curator for historical archaeology at the Smithsonian Institution, and is a past recipient of the Society of Historical Archaeology's J. C. Harrington Award for her lifetime contributions to the field. She is the editor of "I, Too, Am America" Archaeological Studies of African-American Life and Archaeology of Slavery and Plantation Life.