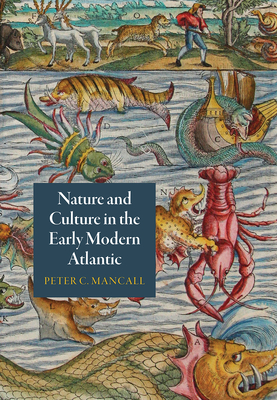 In the sixteenth-century Atlantic world, nature and culture swirled in people's minds to produce fantastic images. In the South of France, a cloister's painted wooden panels greeted parishioners with vivid depictions of unicorns, dragons, and centaurs, while Mayans in the Yucatan created openings to buildings that resembled a fierce animal's jaws, known to archaeologists as serpent-column portals.

In Nature and Culture in the Early Modern Atlantic, historian Peter C. Mancall reveals how Europeans and Native Americans thought about a natural world undergoing rapid change in the century following the historic voyages of Christopher Columbus. Through innovative use of oral history and folklore maintained for centuries by Native Americans, as well as original use of spectacular manuscript atlases, paintings that depict on-the-spot European representations of nature, and texts that circulated imperfectly across the ocean, he reveals how the encounter between the old world and the new changed the fate of millions of individuals.

This inspired work of Atlantic, European, and American history begins with medieval concepts of nature and ends in an age when the printed book became the primary avenue for the dissemination of scientific information. Throughout the sixteenth century, the borders between the natural world and the supernatural were more porous than modern readers might realize. Native Americans and Europeans alike thought about monsters, spirits, and insects in considerable depth. In Mancall's vivid narrative, the modern world emerged as a result of the myriad encounters between peoples who inhabited the Atlantic basin in this period. The centuries that followed can be comprehended only by exploring how culture in its many forms--stories, paintings, books--shaped human understanding of the natural world.

Peter C. Mancall is the Andrew W. Mellon Professor of the Humanities, the Linda and Harlan Martens Director of the Early Modern Studies Institute, and Professor of History and Anthropology at the University of Southern California. He is author of numerous books, including Fatal Journey: The Final Expedition of Henry Hudson--A Tale of Mutiny and Murder in the Arctic and Hakluyt's Promise: An Elizabethan's Obsession for an English America.