In the Eye of All Trade: Bermuda, Bermudians, and the Maritime Atlantic World, 1680-1783 (Published by the Omohundro Institute of Early American Histo) (Paperback) 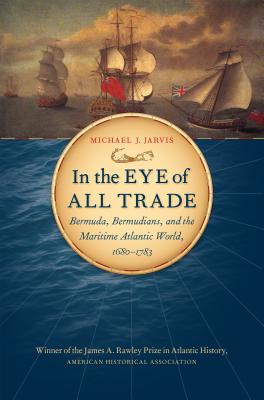 In an exploration of the oceanic connections of the Atlantic world, Michael J. Jarvis recovers a mariner's view of early America as seen through the eyes of Bermuda's seafarers. The first social history of eighteenth-century Bermuda, this book profiles how one especially intensive maritime community capitalized on its position "in the eye of all trade."

The American Revolution starkly revealed the extent of British America's integration before 1775 as it shattered interregional links that Bermudians had helped to forge. Reliant on North America for food and customers, Bermudians faced disaster at the conflict's start. A bold act of treason enabled islanders to continue trade with their rebellious neighbors and helped them to survive and even prosper in an Atlantic world at war. Ultimately, however, the creation of the United States ended Bermuda's economic independence and doomed the island's maritime economy.