The Man Who Wasn't There: A Life of Ernest Hemingway (Paperback) 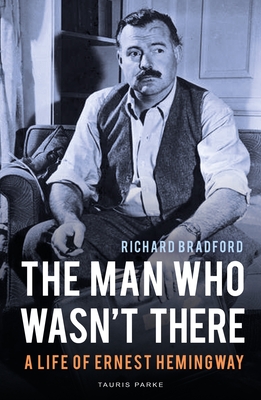 A ground-breaking and intensely revealing examination of the life of the 20th century's most iconic writer.

Ernest Hemingway was an involuntary chameleon, who would shift seamlessly from a self-cultivated image of hero, aesthetic radical, and existential non-conformist to a figure made up at various points of selfishness, hypocrisy, self-delusion, narcissism and arbitrary vindictiveness.
Richard Bradford shows that Hemingway's work is by parts erratic and unique because it was tied into these unpredictable, bizarre features of his personality. Impressionism and subjectivity always play some part in the making of literary works. Some authors try to subdue them while others treat them as the essentials of creativity but they endure as a ubiquitous element of all literature. They are the writer's private signature, their authorial fingerprint.
In this ground-breaking and intensely revealing new biography, including previously unpublished letters from the Hemingway archives, Richard Bradford reveals how Hemingway all but erased his own existence through a lifetime of invention and delusion, and provides the reader with a completely new understanding of the Hemingway oeuvre.

Richard Bradford is Research Professor in English at Ulster University, Northern Ireland and Visiting Professor at the University of Avignon, France.

“In a new revisionist biography by Richard Bradford, we learn, from his astute analysis of previously unpublished letters from the Hemingway archive that there is indeed a good deal more to know about this 'scrapper intellectual', and 'role player'.” —The Irish Independent