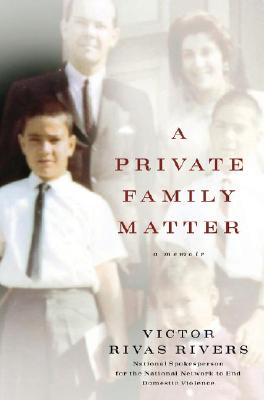 By Victor Rivas Rivers
$25.00
Not currently available - email or call for details

"This is a story about how I was saved by love at a time when most people considered me beyond rescue," begins Victor Rivas Rivers in this powerful chronicle of how he escaped the war zone of domestic violence -- too often regarded as a "private family matter" -- and went on to become a good man, a film star, and a prominent activist.

The Cuban-born author begins by recalling when he was kidnapped, along with three of his siblings, by his own father, who abandoned Victor's pregnant mother and took the children on a cross-country hell-ride that nearly ended in a fatal collision. This journey of survival portrays with riveting detail how, instead of becoming a madman like his father, Victor was saved by a band of mortal angels. Miraculously, seven families stepped forward, along with teachers and coaches, to empower him on his road from gang member to class president, through harrowing and hilarious football adventures at Florida State and with the Miami Dolphins, to overcoming the Hollywood odds and becoming a champion for all those impacted by domestic violence.

Though at times Victor's odyssey is heartbreaking and disturbing, "A Private Family Matter" is ultimately a triumphant testament to humanity, courage, and love. Profound and poignant, it is a compelling memoir with a cause. Victor Rivers's way of thanking all the angels and advocates who made a difference in his life is by trying to make a difference in all of ours.