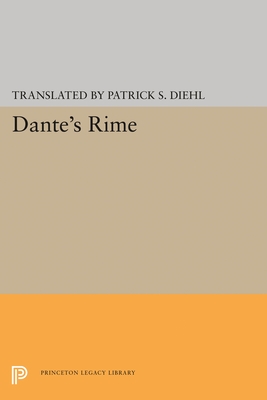 Spanning the years from the early 1280s until about 1308, this collection of poems contains Dante's juvenilia as well as his more mature work prior to the Divine Comedy. Patrick Diehl's translation offers in a single volume the bulk of Dante's shorter poetry. The collection, omitting only those poems Dante incorporated into the Vila nuova, contains several masterpieces of medieval poetry and gives us a fascinating look at the poet's development.

Originally published in 1979. The Princeton Legacy Library uses the latest print-on-demand technology to again make available previously out-of-print books from the distinguished backlist of Princeton University Press. These editions preserve the original texts of these important books while presenting them in durable paperback and hardcover editions. The goal of the Princeton Legacy Library is to vastly increase access to the rich scholarly heritage found in the thousands of books published by Princeton University Press since its founding in 1905.