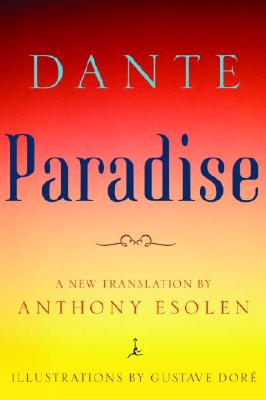 The Divine Comedy is a complete scale of the depths and heights of human emotion," wrote T.S. Eliot.  "The last canto of the Paradiso is to my thinking the highest point that poetry has ever reached or ever can reach."

The Divine Comedy stands as one of the towering creations of world literature, and its climactic section, the Paradiso, is perhaps the most ambitious poetic attempt ever made to represent the merging of individual destiny with universal order.  Having passed through Hell and Purgatory, Dante is led by his beloved Beatrice to the upper sphere of Paradise, wherein lie the sublime truths of Divine will and eternal salvation, to at last experience a rapturous vision of God.

"A spectacular achievement," said poet and critic Archibald MacLeish of John Ciardi's version of Dante's masterpiece.  "A text with the clarity and sobriety of a first-rate prose translation which at the same time suggests in powerful and unmistakable ways the run and rhythm of the great original."

The Modern Library has played a significant role in American cultural life for the better part of a century. The series was founded in 1917 by the publishers Boni and Liveright and eight years later acquired by Bennett Cerf and Donald Klopfer. It provided the foundation for their next publishing venture, Random House. The Modern Library has been a staple of the American book trade, providing readers with affordable hardbound editions of important works of literature and thought. For the Modern Library's seventy-fifth anniversary, Random House redesigned the series, restoring as its emblem the running torch-bearer created by Lucian Bernhard in 1925 and refurbishing jackets, bindings, and type, as well as inaugurating a new program of selecting titles. The Modern Library continues to provide the world's best books, at the best prices.