Thirty Hours with a Corpse: And Other Tales of the Grand Guignol (Dover Horror Classics) (Paperback) 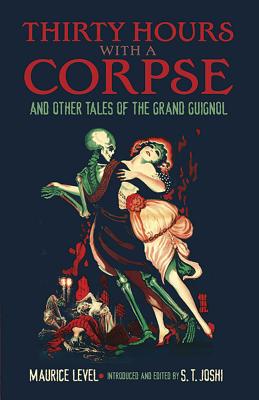 Characterized by gratuitous acts of brutality and surprise endings, these tales of obsession and violence are the creations of a twentieth-century French writer whose works were staged by the legendary Th tre du Grand-Guignol of Paris. The precursors of modern thrillers and slasher films, these stories have been specially selected for this edition and introduced by horror specialist S. T. Joshi.
Thirty-nine conte cruel (cruel tales) include In the Light of the Red Lamp, in which a husband's photographs of his dead wife reveal a deeper tragedy; Fascination, the tale of a morbid passion that develops when the narrator, determined to stay at home, shoots his mistress for the sake of peace and quiet; and The Bastard, concerning a father's suspicions about his son's paternity. Other stories include The Taint, a view of infanticide as mercy-killing; The Test, in which an accused murderer is forced to reenact his crime; and A Maniac, recounting a thrill-seeker's ghoulish impulse to witness death-defying stunts gone wrong.