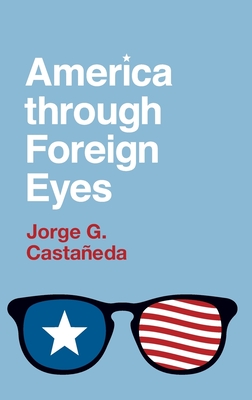 Do Americans care what foreigners think about the United States? This book makes the case that they should. In these pages, Jorge Casta eda writes from his unique vantage point as a former Foreign Minister of Mexico who has lived, studied, and worked in America. He offers an impressionistic,
analytical, and intuitive review of his experience in the country over the last half-century, and shows how foreigners can provide perspective on the United States' true nature. Casta eda brings a different viewpoint to issues ranging from purported American exceptionalism, uniformity, race and
religion, culture, immigration, and the death penalty. Visitors and analysts, from Dickens to Naipaul, have generally asked the right questions and described America's most salient features and mysteries. But, they have not always followed through with answers and explanations. Casta eda draws from his work with American civil society and government
authorities to provide both insight and context. Americans have long seen their country as "exceptional," standing outside of history, but by comparing its contemporary politics and culture with those of other countries, Casta eda shows how increasing nationalism and nostalgia are actually making
the US more like other countries. Casta eda admits that most Americans have never cared much about what a foreigner thinks about their country, but the dynamic is shifting. The outside world means more to the US than ever before, and Americans should care about what foreigners think since they are now so sensitive to what foreigners
do. Since Trump's election in 2016, American politics increasingly resemble those of Europe, Latin America, and parts of Asia, such that pining for a lost and glorious past is as American as it is British, Mexican, Chinese, or Italian. Now, the questions that serious, knowledgeable, and sympathetic
foreigners address to Americans may be the ones Americans ask--or should ask--for themselves.