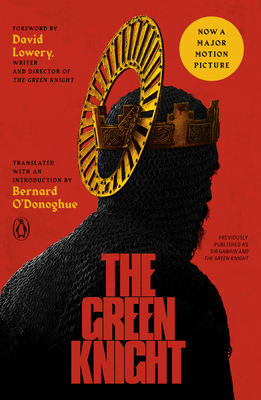 The inspiration for the major motion picture The Green Knight starring Dev Patel, an early English poem of magic, chivalry and seduction.

Composed during the fourteenth century in the English Midlands, Sir Gawain and the Green Knight describes the events that follow when a mysterious green-coloured knight rides into King Arthur's Camelot in deep mid-winter. The mighty knight presents a challenge to the court: he will allow himself to be struck by one blow, on the condition that he will be allowed to return the strike on the following New Year's Eve. Sir Gawain takes up the challenge, decapitating the stranger - only to see the Green Knight seize up his own severed head and ride away, leaving Gawain to seek him out and honour their pact. Blending Celtic myth and Christian faith, Gawain is among the greatest Middle English poems: a tale of magic, chivalry and seduction.

We know the "Gawain Poet" was a contemporary of Geofrey Chaucer's. "He" appears to have been the author of Sir Gawain and the Green Knight, Patience, and Cleanness; and may also have composed Saint Erkenwald.

Bernard O'Donoghue is a Fellow in English at Wadham College and a noted Irish poet.