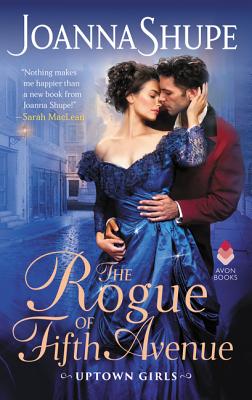 By Joanna Shupe
$7.99
On Our Shelves Now

In serving the wealthy power brokers of New York society, Frank Tripp has finally gained the respectability and security his own upbringing lacked. There’s no issue he cannot fix . . . except for one: the beautiful and reckless daughter of an important client who doesn’t seem to understand the word danger.

However, she doesn’t count on Frank’s persistence . . . or the sparks that fly between them. When fate upends all her plans, Mamie must decide if she’s willing to risk it all on a rogue . . .