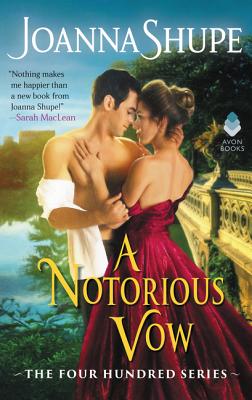 By Joanna Shupe
$8.79
Not currently available - email or call for details

Joanna Shupe returns to New York City’s Gilded Age, where fortunes and reputations are gained and lost with ease—and love can blossom from the most unlikely charade

With the fate of her disgraced family resting on her shoulders, Lady Christina Barclay has arrived in New York City from London to quickly secure a wealthy husband. But when her parents settle on an intolerable suitor, Christina turns to her reclusive neighbor, a darkly handsome and utterly compelling inventor, for help.

Oliver Hawkes reluctantly agrees to a platonic marriage . . . with his own condition: The marriage must end after one year. Not only does Oliver face challenges that are certain to make life as his wife difficult, but more importantly, he refuses to be distracted from his life’s work—the development of a revolutionary device that could transform thousands of lives, including his own.

Much to his surprise, his bride is more beguiling than he imagined. When temptation burns hot between them, they realize they must overcome their own secrets and doubts, and every effort to undermine their marriage, because one year can never be enough.