The Return of George Washington: Uniting the States, 1783-1789 (Paperback) 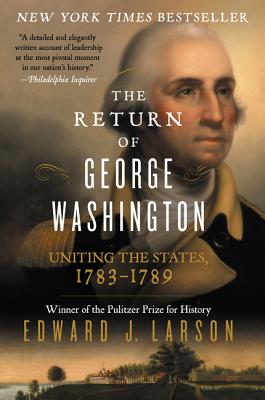 Pulitzer Prize-winning historian Edward J. Larson reveals how George Washington saved the United States by coming out of retirement to lead the Constitutional Convention and serve as our first president.

EDWARD J. LARSON is University Professor of History and holds the Hugh & Hazel Darling Chair in Law at Pepperdine University. His numerous awards and honors include the Pulitzer Prize for History.