The Last Playboy: The High Life of Porfirio Rubirosa (Paperback) 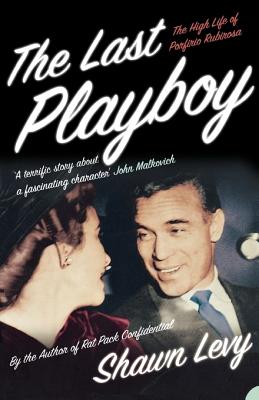 The Dominican playboy Porfirio Rubirosa died at 8:00 am on July 5, 1965, when he smashed his Ferrari into a tree in Paris. He was 56 years old and on his way home to his 28-year-old fifth wife, Odile Rodin, after a night's debauch in celebration of a victorious polo match.

In the previous four decades, Rubirosa had on four separate occasions married one of the wealthiest women in the world, and had slept with hundreds of other women including Marilyn Monroe, Zsa Zsa Gabor, Ava Gardner, and Eva Peron. He had worked as aide-de-camp to one of the most vicious fascists the century ever knew. He had served as an ambassador to France, Germany, Belgium, Italy, Argentina and Vichy. He had been a jewel thief, a forger, a shipping magnate, a treasure hunter. He had held his own with the world's most powerful and notorious men including John F. Kennedy, Josef Goebbels and Juan Peron. He ran comfortably celebrity circles, counting among his friends Frank Sinatra, Ted Kennedy, David Niven, Sammy Davis Jr., and fellow playboy Aly Khan.

He lived for the moment and, at his death, faded without a legacy: no children, no fortune, no entity - financial, cultural, even architectural - that bore his name. There will never be anyone else like Porfiro Rubirosa. Indeed, the really amazing thing is that there ever was. Shawn Levy - celebrated author of RAT PACK CONFIDENTIAL, and READY, STEADY, GO - has been given unique access to primary material including FBI and CIA files in his search for the last playboy.

Shawn Levy is the author of King of Comedy: The Life and Art of Jerry Lewis, the bestselling Rat Pack Confidential and Read, Steady, Go!. His writing has appeared in the New York Times, the Los Angeles Times, the Village Voice, Movieline, Film Comment, and Pulse! He is a former senior editor of American Film.