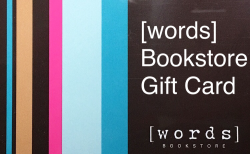 Pre-order a signed copy of Every Missing Piece

Orders will be available after May 19th, 2020, when the book publishes.

Maddy Gaines sees danger everywhere she looks: at the bus stop, around the roller rink, in the woods, and (especially) by the ocean. When Maddy meets a mysterious boy setting booby traps in the North Carolina woods, she suspects the worst.

Please add a name in the comments of your order if you would like personalization. Personalizations may take more time to ship.

Texas Flood: The Inside Story of Stevie Ray Vaughan (Hardcover)

Ten years after the high-profile kidnapping of two young boys, only one returns home in Harlan Coben's gripping thriller. 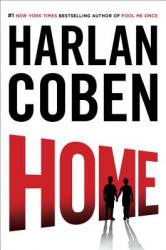 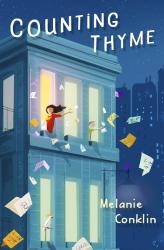 One Way Out, signed by Alan Paul

One Way Out is the powerful biography of The Allman Brothers Band, an oral history written with the band’s participation and filled with original, never-before-published interviews as well as personal letters and correspondence. 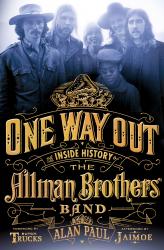 Preorder your signed copy of "American Warrior: The True Story of a Legendary Ranger" by Gary O'Neal today!

If you'd like a personalized inscription, simply tell us the name(s) to whom the book(s) should be dedicated in the comments section of your order.

The epic story of one of America's greatest soldiers, Ranger Hall of Fame member Gary O'Neal, who served his country for forty years

Chief Warrant Officer Gary O’Neal is no ordinary soldier. For nearly forty years, he has fought America’s enemies, becoming one of the greatest Warriors this nation has ever known. Part Native American, O’Neal was trained in both military combat and the ways of his native people, combining his commitment to freedom with his respect for the enemy, his technical fighting skills with his fierce warrior spirit.

From his first tour in Vietnam at seventeen to fighting in both Gulf wars, O’Neal was nothing less than a super soldier. A minefield of aggression bordering on a justice-seeking vigilante, O’Neal kept fighting even when wounded, refusing to surrender in the face of nine serious injuries and being left more than once. O’Neal earned countless military honors as a member of the elite Army Rangers corps, a founding member of the legendary first Department of Defense antiterrorist team, a member of the Golden Knights Parachuting Team, and more, devoting his life to training the next generation of soldiers. His unbelievable true stories are both shocking and moving, a reminder of what it means to be a true American hero.

In O’Neal’s own words, he "wasn’t born a warrior"—life made him one. American Warrior will serve as inspiration for American men and women in uniform today, as well as appeal to the countless veterans who served their country alongside O’Neal.

Praise for American Warrior: The True Story of a Legendary Ranger…

“As a fellow Vietnam vet, I found Gary O'Neal's story of service in the American military a riveting tale of blood and grime and death that is not only vivid but absolutely accurate.  His readers will find themselves on the ground at O'Neal's shoulder as he battles in his own unique way America's enemies. No back off and call in the artillery kind of troop, O'Neal goes after the enemy with his bare hands and is more than willing to wade in blood to win. After Vietnam, O'Neal continued to fight not only the enemy but the entrenched officer corps of the U.S. Army to train new brigades of battle-ready soldiers. Highly recommended for not only the arm-chair soldier but all those who might find themselves on the modern battlefield.” —Homer Hickam, author Rocket Boys (the basis of the film, October Sky), The Keeper's Son, The Far Reaches

“A remarkable story of a man imbued with the Warrior spirit who carried it to heights few ever reach…He epitomizes the term, Rangers Lead the Way.” —Robert Gilbert, Command Sargent Major

“’Warrior Big O’ Gary O'Neal, a Native American looked for his niche in life and found it in the United States Army Special Operations. This is a great story of a Native American who served his country with distinction and honor, and always continued the mission.  I am proud to have him as my friend and brother in arms.” —Glen E. Morrell, 7th Sergeant Major of the Army, Ret

“Having spent more than 10 years in combat versus the enemies of the USA, I can think of no man alive that I would rather have on my Team than Gary Lee  O'Neal. Gary O. does not seem to warm up to combat, unless he is bleeding about his own head and shoulders; then - the enemy is certain to die at the hands of Gary O. as he will simply 'twist' each of the enemy apart with his hands.” —Billy Waugh SGM(R) - SOG Operations Vietnam 1962-1972

“O’Neal’s tales of his life and war experiences are graphic and stunning. He is a hard-core member of American’s Special Forces warrior breed. Read this and know how the best of America’s Army Rangers survive on the battlefields of Vietnam and the secret wars.” —Eugene R Sullivan, Federal Judge, Vietnam Vet, Ranger Hall of Fame member, and author of Washington D.C. legal thrillers


“Gary O’Neal is the man for whom the term ‘warrior’ was invented, and his book is essential reading for everyone. Warning: once you start, you will not be able to stop until you’ve finished this remarkable work of a genuine American hero.” —Colonel Jack Jacobs, Ret, Medal of Honor recipient, and author

“Deep in the triple canopy jungles of Viet Nam, 1970, I witnessed the incredible feats of heroism of a young SP/4 Gary O’Neal, assigned to me as his 2nd Platoon Leader, Company C (Ranger), 75th Infantry (Airborne), for which he was awarded a Silver Star.  His uncanny jungle prowess, absolute fearlessness, decisive actions and quick wit earned him respect, admiration and the love of the entire unit of Warrior LRP/Rangers.  His book reveals how at a young age he developed and nurtured the inner Spirit that bred his Warrior nature.  I am more than impressed with his array of accomplishments as a leader and instructor of America’s finest warriors.  The reader will be enthralled as his story is revealing and hard-hitting, running the full gamut of emotions from abject fear to unbridled heroism, from tender love to devastatingly pointed destruction.  Among our unique Brotherhood of Warriors, I am proud to have served with the absolute best: American Warrior Gary O’Neal.  This story should be required reading for every patriot and a guide for every young aspiring person who seeks to become one of the elite Special Operations Forces.” —Gary Dolan, Esq., USMA 1969, Inductee Ranger Hall of Fame – 2011, author of Of Their Own Accord

PAPERBACK BOOKPACK // CUSTOM // Large Print Send one lucky reader four (4) large print paperback books -- one every other month for eight months.The thoughtful, simple gift that lasts almost a whole year!   NOTE: Tell us more about the recipient in the comments field when you checkout (i.e. favorite book genres, authors, interests).  This is important so that we can custom-tailor the gift.  We'll do our best to send meaningful large print books!

PAPERBACK BOOKPACK // CUSTOM // Special Needs Send one lucky reader four (4) special needs paperback books -- one every other month for eight months.The thoughtful, simple gift that lasts almost a whole year! NOTE: Personalize this gift! Tell us more about the recipient in the comments field when you checkout.  We'll do our best to send meaningful books.